Circulating notices and conducting awareness campaigns, VLE Prabitha from Alappuzha district has proved that tireless efforts can pay off. Starting with just 2 students, the VLE is running the PMGDISHA scheme in her panchayat successfully. Prabitha, who has established her identity as a VLE is a graduate and has been running CSC since 2008. Her campaigns for the schemes helped Prabitha to expand and she is now imparting digital literacy in the neighbouring panchayats as well. 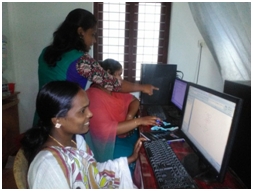 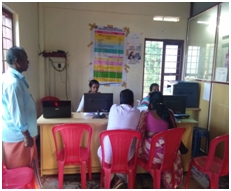 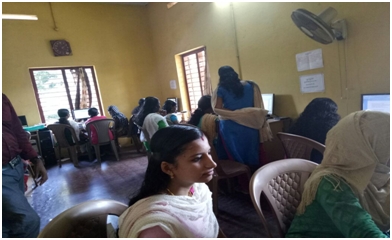 Similarly Beena S from Kollam District has been imparting digital literacy under the scheme. The VLE has also adopted the same methods to promote the scheme in her Panchayat. She quickly resolved the technical issues which came on her way and is successfully running the project in the district. 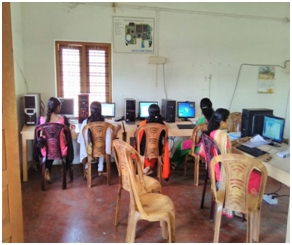 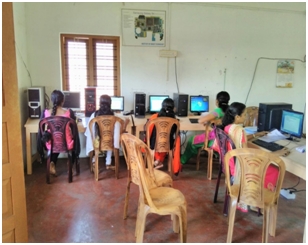 With registering 56 students under the programme, VLE Vineetha from Kozhikode district has been doing a commendable job. Her Akshaya Centre in Chengottukavu panchayat has become a happening place after the natives started rushing in to register under PMGDISHA.

Overcoming number of hurdles, Vineetha is running the project with the support of the villagers of Kozhikode.

With the support of Panchayat authorities and training partner PN Panickar Foundation, VLE Sunitha has been part of the PMGDISHA programme since its inception. An active social worker opted PMGDISHA because of its greater vision and its positive impact in the society.

Her centre was inaugurated by the Panchayat President. Sunitha initially enrolled all the panchayat members to the scheme and they were the brand ambassadors in the panchayat.

The VLE has started the classes ward-wise and around 200 students have been registered. 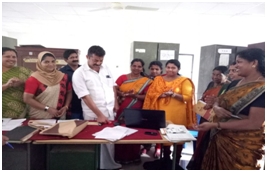 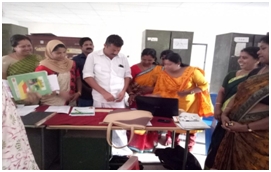 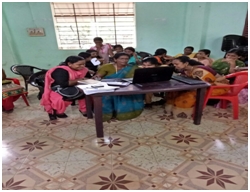 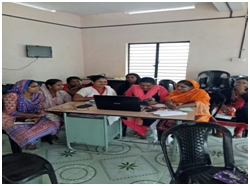