He was addressing at the Global Conference of Cyber Space 2017, which concluded here on November 24. CSCSPV was part of the two-day conference where tech experts across the world deliberated on the development in the cyber world.

During the programme, Union Minister interacted with some Village Level Entrepreneurs (VLEs) like Tauja Raichura from Chattisgarh and Snehlata Devi from Rajasthan along with beneficiaries like Korutla Sattamma, a beedi worker from Telangana; Govindi Bai, a Ration Dealer from Chattisgarh and Bajianti Devi from Bihar . 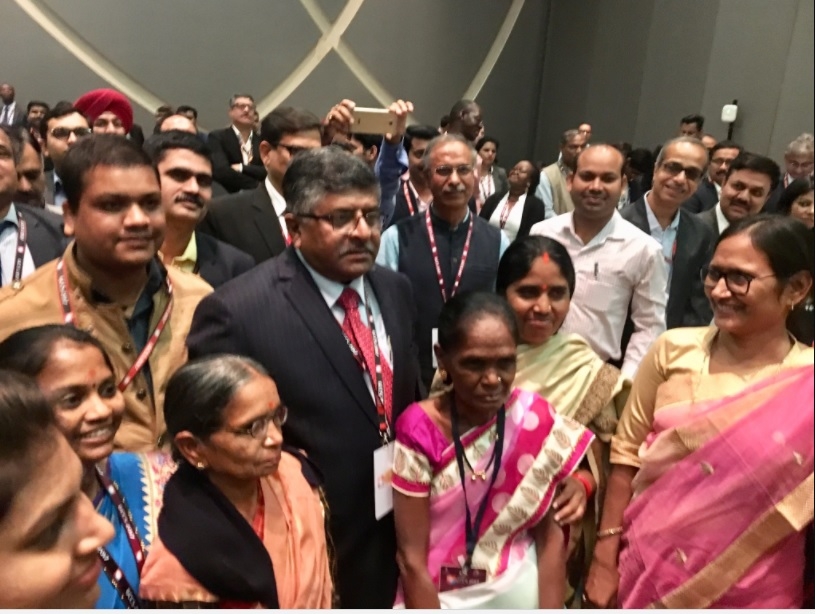 He appreciated their achievements and the social revolution brought by them with the intervention of CSC Scheme of Government of India.

“Under PMGDISHA, we are in the process of implementing the world's largest digital literacy programme under which 6 crore people in rural backward areas will be made digitally literate. With the help of this scheme, rural citizens have started operating the tablets and mobiles with ease, which has transformed their lives,” said Shri Ravi Shankar Prasad during his address. .