State scan
Weekly Newsletter, 08/29/2019
PMGDISHA empowering women, making them independent
In Thrissur, Kerala, a number of women are getting trained under PMGDISHA. VLE Glanto Andrews took lot of efforts in promoting the PMGDISHA project in the whole village through door to door campaigning and spreading awareness.

Training of these students went on in full speed and examination too was conducted recently. Young women seemed very happy to be a part of the project and also stated that the CSC has extended huge support towards the Candidates giving PMGDISHA examination at VLE Glanto Andrews’ CSC in Kanjani, Thrissur . 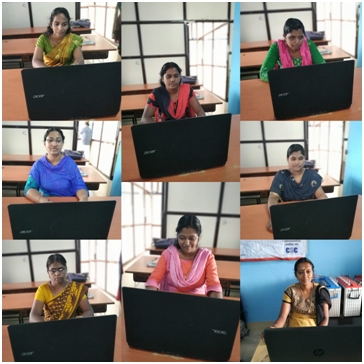 Certificates distributed in Aurangabad
Beneficiaries of Gangapur in Aurangabad were awarded Pradhan Mantri Gramin Digital Saksharta course completion certificate during an event held here. More than 110 beneficiaries received their certificates during the event. The VLE has also approached small schools in the village where they don’t have ICT education in the curriculum. . 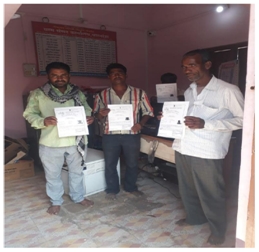 PMGDISHA Certificates Distributed to Beneficiaries in Balrampur
PMGDISHA certificates were distributed to students who have successfully passed their examination in Jakhauli village of Balrampur district. On the occasion, VLE Om Prakash informed about new techniques of computer training to villagers who are farmers and daily- wage labourers. He also talked about importance of Digital literacy in present era. He has so far registered 58 people under PMGDISHA and made them computer literate. District Coordinator CSC SPV Arun Prakash Verma, District Manager Amit Singh, LokeshPratap and 40 people and 7 VLEs participated in the event. 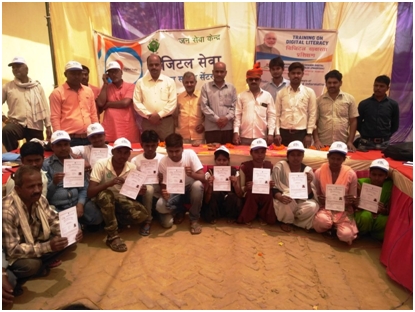