State scan
Weekly Newsletter, 08/22/2019
PMGDISHA camp held at Ochira
An interactive session on PMGDISHA was organizedat Ochira in Kollam, Kerala, by VLE Sabu. On the occasion, VLE Sabu explained the main objective of PMGDISHA (Pradhan Mantri Gramin Digital Saksharta Abhiyan). He said that the scheme would support empower the people in rural by training them in digital gadgets. “Under PMGDISHA training scheme, one will be trained to operate computer, other digital devices including tablets, smart phones. This will also teach the people in rural areas to send and receive emails, browse the Internet, digital payments methods, etc,” VLE Sabu added. 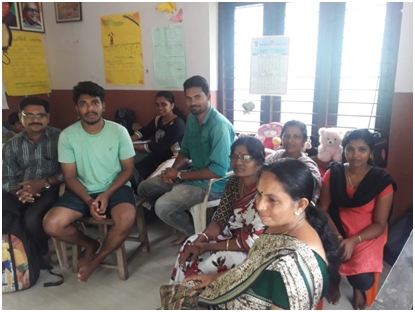 PMGDISHA Registration camp conducted by VLE Sabu from Ochira, Kollam in Kerala.
School students apprised of uses, benefits of digitisation
VLE Suneesh from Kannur had organised PMGDISHA awareness class for students of PRM Kolavallur Higher Secondary School on August 21. Suneeshsaid that it is very important to apprise todays generation about not only the uses but also the misuses of digital space. Suneesh interacted with the students on gadgets, computers and internet. Students were very excited to enrol for PMGDISHA. The very next day, August 22, was the registration drive held which received a huge response as many students enrolled for PMGDISHA . 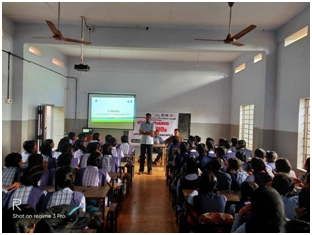 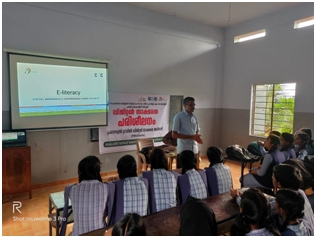