While the world laments and bemoans problems, changemakers are resolute in their belief for change. Village-level Entrepreneur Samkit Jain is one such changemaker from Kishangarh of Rajasthan.

Launching digital services in the hamlet through Common Service Centre with just a capital of Rs. 2000, Mr. Jain now earns around Rs. 30,000 to 40,000. He began exploring entrepreneurship after becoming a VLE under CSC and E-Mitra Kendra, Government of Rajasthan.

Despite of repeated pressures from the parents and relatives of earning a secured job, Jain was well-determined to be independent by launching a startup.

He rented a shop with just a single computer to provide digital services in the village. However, the biggest challenge was he himself had to get trained before serving the citizens.

“I didn’t have any computer or digital device at my home. As my entire education was from Sanskrit medium even the school did not facilitate any training computer. So, the biggest hurdle was to first equip myself by knowing the machine,” said the VLE.

“My parents did not support me in this venture as I was digitally illiterate. However, I started learning stuffs on my own and by discussing it with some of the experts I knew,” he added.

Samkit Jain did Course on Computer Concepts (CCC) by NIELIT after launching the CSC. Initially, 100 transactions a day was a big deal for the VLE. However, Mr. Jain presently provides digital services to more than a 1000 villagers.

On completion of three years, Samkit Jain has done more than 61,000 service transactions. More than Rs. 3 crore has been transacted under digital payment solutions. “Today, I have got 3 computers and my father and mother are part of the process. I would also like to employ few minority citizens in the near future.

3. Honored for the outstanding work in the base by the Union Information Technology and Law Minister Mr. Ravi Shankar Prasad on July 11, 2017.

6. 21st March 2018 Rajasthan 8th place in the Digifest awarded by the Rajasthan government.


MeitY Joint Secretary (HR division) Shri Jaydeep Kumar Mishra paid a surprise visit at PMGDISHA training centres in Varanasi. He interacted with the trainer and students to know about the impact of the project in the rural parts across the nation. District coordinators and Manager were also present. 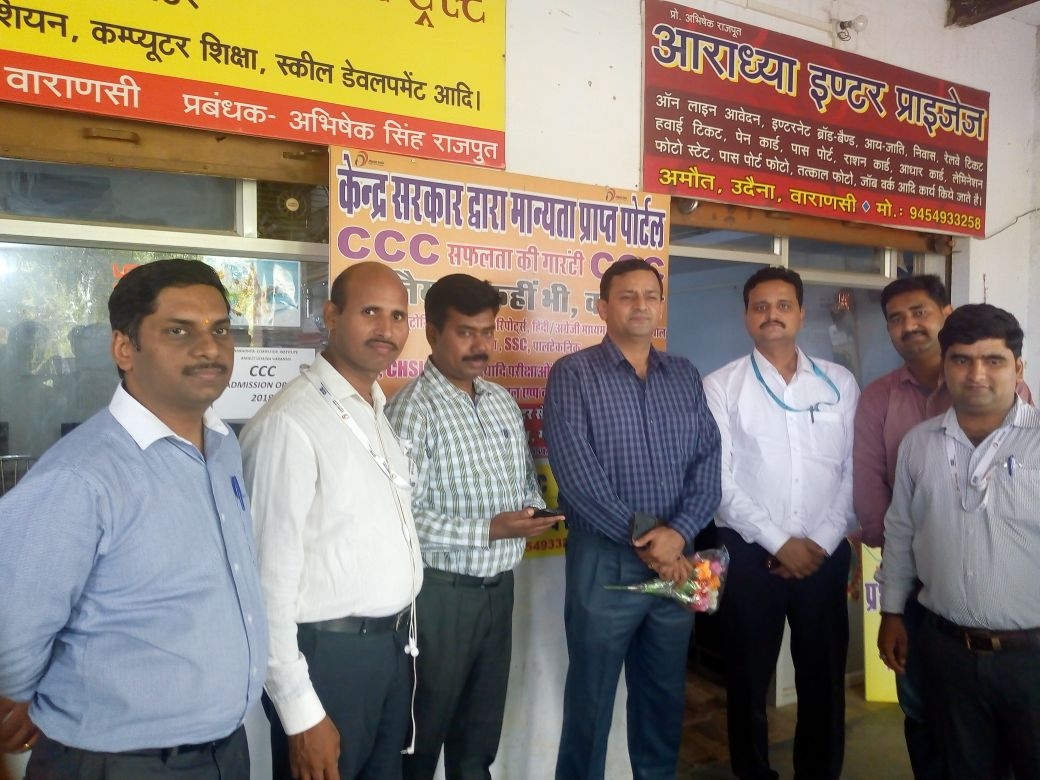 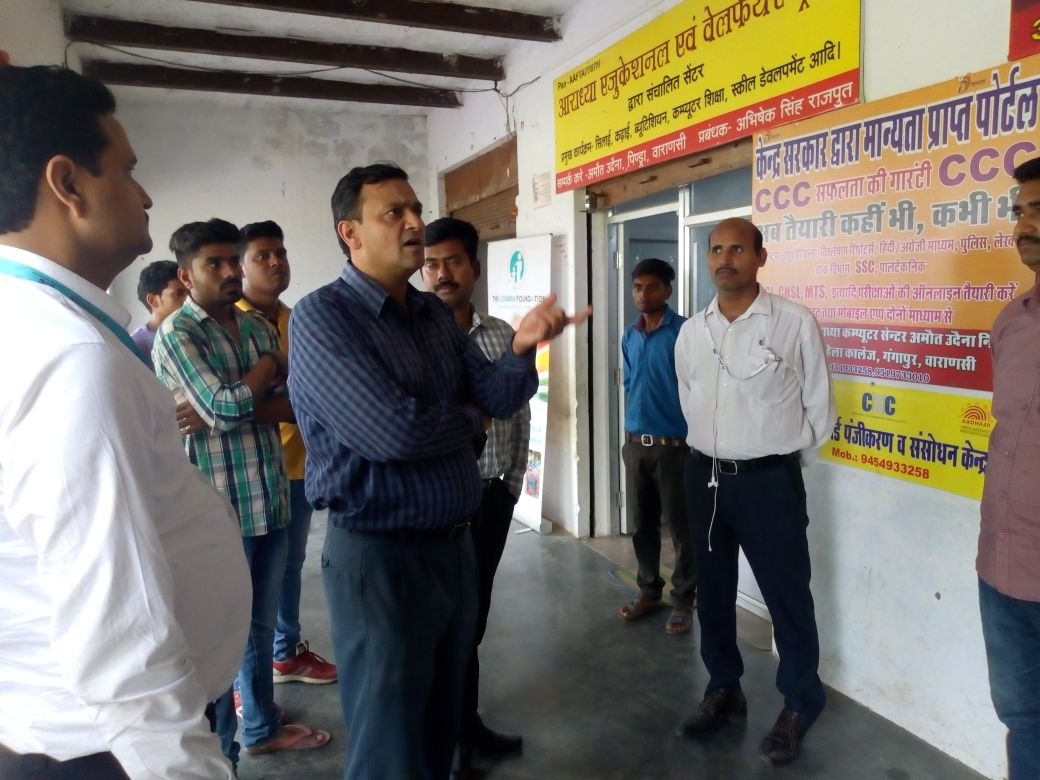 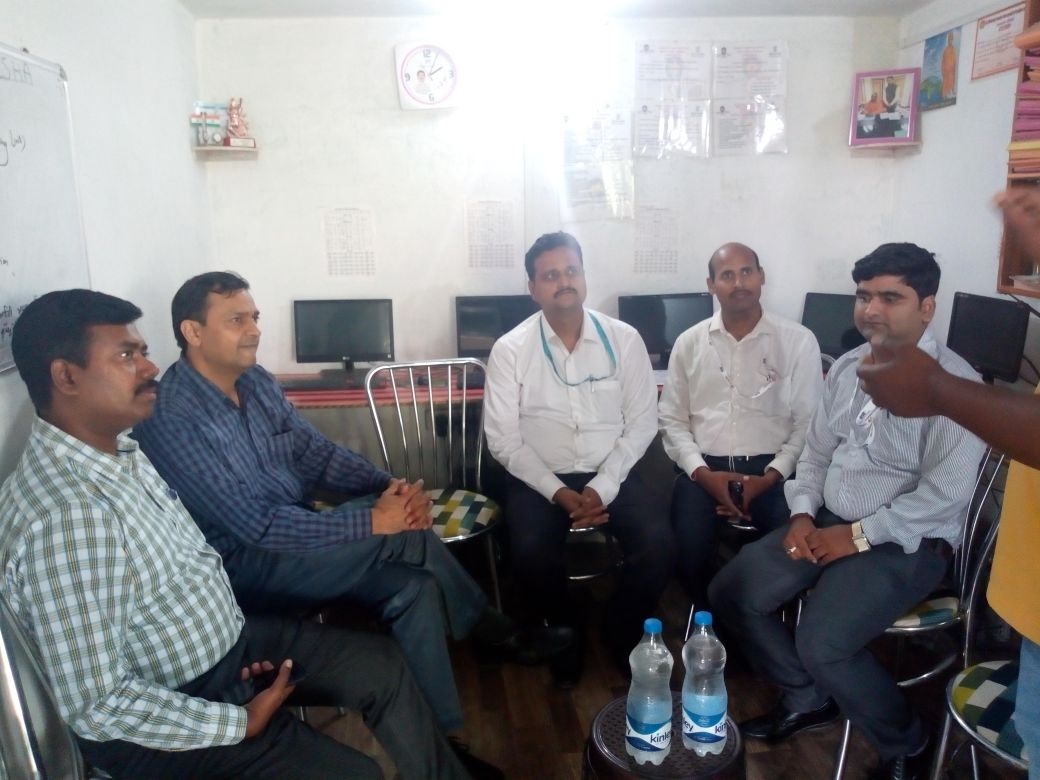 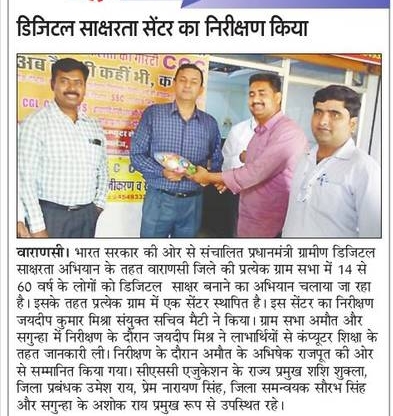 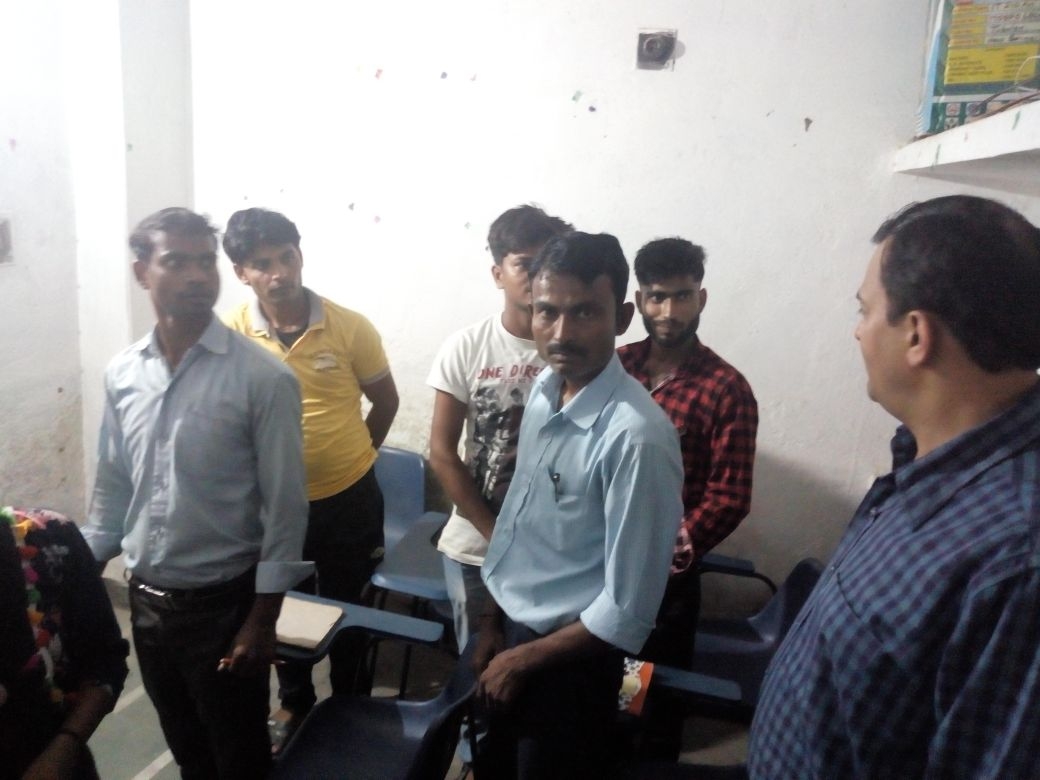