The work of VLEs across the country in reaching out to people for PMGDISHA registrations is commendable. The National PMGDISHA Day on September 5, 2019, proved to be a huge success across the nation. From the remotest of places to approaching the distant beneficiaries, VLEs have gone that extra mile.VLEs registered a number of villagers under PMGDISHA through CSCs, camps put up at various places and even by visiting.

It was a tough job indeed; in some places it was too hot while in some it was raining heavily. Like in parts of Madhya Pradesh, heavy rains were creating havoc. But VLE NareshPrajapati and his coordinator Virendra Kumar were unstoppable. The only small bridge which connects their village Kesali in Madhya Pradesh, was under water due to heavy rains. However, the rains failed to maar the enthusiasm of VLE Naresh. He cross the water clogged areas to register more and more people under PMGDISHA.

Moreover, VLEs also reached out to people who were not able to visit the CSC or the PMGDISHA camps to register for PMGDISHA. Divyangjans, old-aged villagers among others were the ones whom the VLEs visited to get them registered. 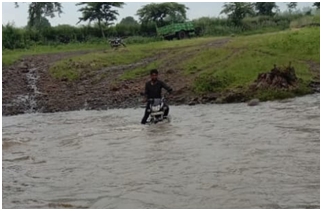 VLE Naresh Prajapati crossing the river in Kesali village in Madhya Pradesh to reach out to people for PMGDISHA registrations. 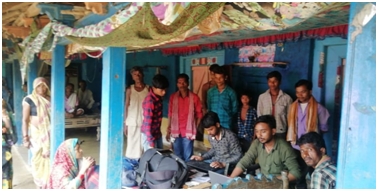 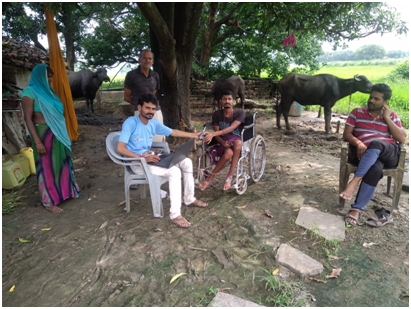