The tribal hamlet of Mohdabad village, situated on the banks of Karmanasa river in Chanduli,Uttar Pradesh, remains isolated as there is no transport available. One has to cross a wooden bridge to reach the remotest village in the state. In a village like this, proceeding with Digital Literacy seemed impossible. But VLE Firoz Khan was determined to take the plunge.

No obstaclecould stop him from introducing technology to the villagers here. VLE Firoz Khan expressed that the citizens here had not even heard of the term ‘Computer’ before.

Firozenrolled them under PMGDISHA and imparted training on various aspects of digital world and technology. “Initially, they didn’t show interest. However, the devices and its application developed their inquisitiveness,” VLE added.

He completed the training programme within the stipulated time and conducted examinations. The villagers cleared the exams and have been expressing their gratitude to Firoz and the entire CSC team making them digitally literate. The villagers also praised the union government for introducing such schemes. 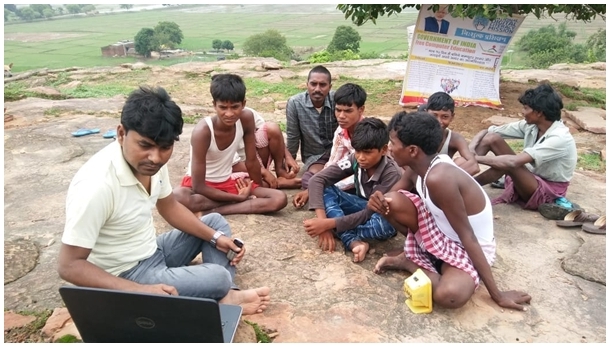